The bee colony - a wonder of nature

The bee colony - a wonder of nature

Bees have been around for over 100 million years. At that time there were no mammals and this was not dangerous for the bees, because only in mammals like humans does the sting get stuck and tear the bee.

Bees are essential for life on our planet. They are among the most valuable insects and have immeasurable benefits for humans. A single bee pollinates around 3,000 flowers in its lifetime. It has been proven that we owe around 80 percent of our fruits and vegetables to the hard work of the busy bees.

A normal bee colony consists of around 20,000 bees in August and a brood nest with roughly the same number of brood cells.

What exactly does a bee colony consist of?

The Queen:
Let's start with the queen of which there is of course only one in the bee colony. On her wedding flight she is mated by several drones. Then the queen bee can lay eggs for her entire life. A queen bee usually lives 3-5 years old. In the high season in May, she can lay up to 2000 eggs - every day! In order to achieve this high level of performance, she is constantly fed, cared for and cared for by her court. The royal household consists of around 12 bees who take turns caring for the queen and constantly supplying her with high-quality protein from the fodder glands. So well cared for, the queen bee manages to lay around 100,000 to 150,000 eggs during one season. This corresponds to her 60 times her body weight.

Of course, the queen does not tolerate any other queen in the bee colony. With a special fragrance, a pheromone, the queen bee ensures that she remains the only one of her kind. This odor suppresses the egg-laying of the workers. If a worker should wrongly lay eggs, they will be destroyed immediately by the other workers or the queen. The scent also influences the bees' learning behavior. 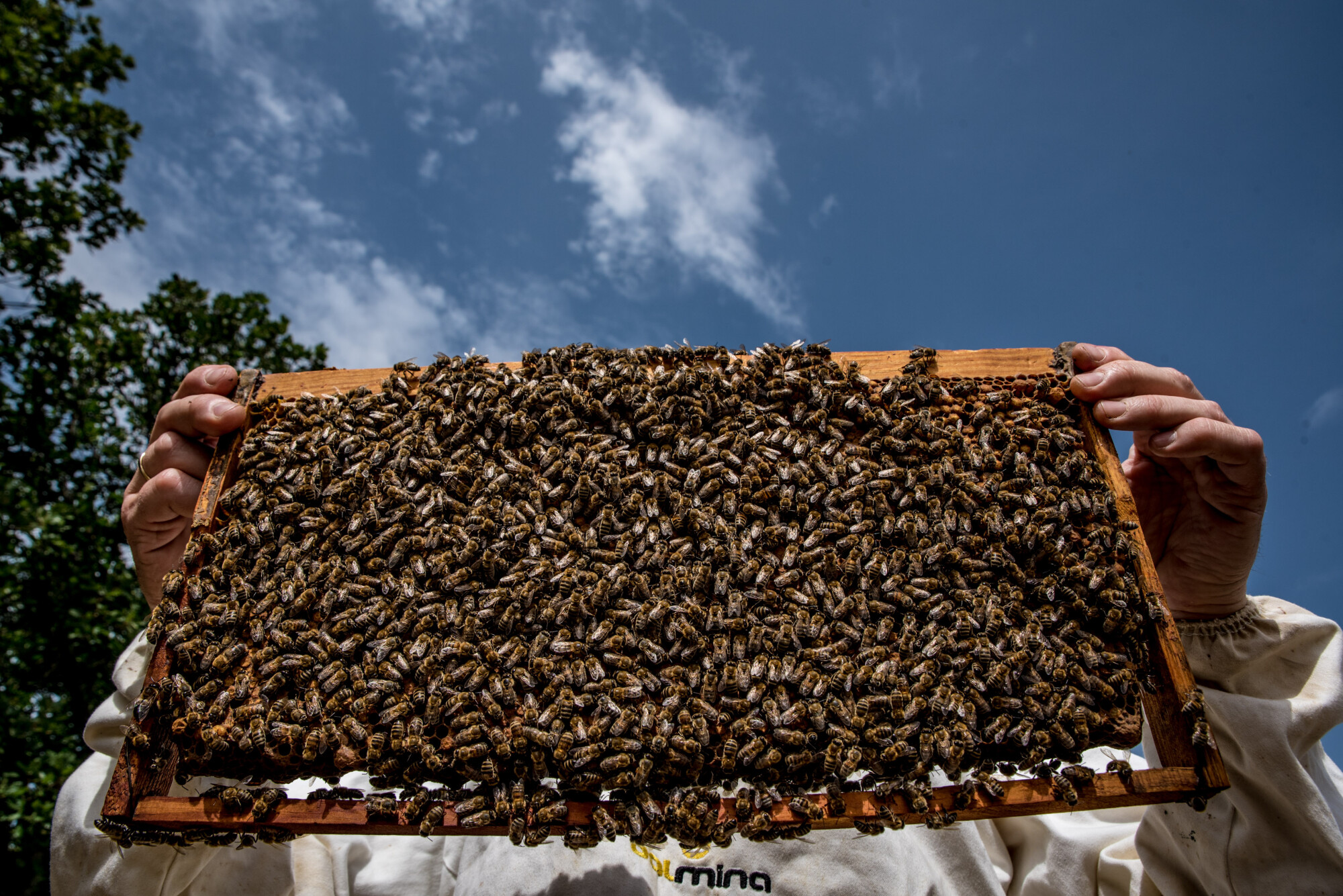 Drone is the name given to a male bee. Objectively speaking, the drones did not have an easy time of it. They only live in summer, have the task of mating with the queen and die immediately afterwards. If they survive the summer they will mercilessly meet their fate in the so-called drone battle! No longer tolerated by the colony of bees, they are mercilessly banished and chased out by the colony of bees.

But the threat is not made for the tasks in the beehive at all. He is taller and thicker than the worker and accordingly has larger wings. It flies up to 3 km to mate the queen bee to so-called drone collection points. The drone has no sting and no poisonous bladder and therefore cannot help defend the beehive. It is also not his job to collect nectar or to look after the offspring. All of this is done by the female workers. In fact, the fat drone is not even equipped for work in the beehive.

The emergence of drones has long been a mystery, because male bees have no father. As early as 1845, the Polish priest Johann Dzierzon suspected that males develop from unfertilized bee eggs.

But it was only a few years ago that a team of German, American and Norwegian researchers found out why drones really exist. They discovered the genetic signal for development into male or female bees and thus solved a 150-year-old mystery in biology.

Female bees therefore have two different versions of the csd gene, one from each parent. According to the researchers, the two csd versions together turn on the development to the female. Male bees, on the other hand, arise from unfertilized eggs and therefore only have the genetic makeup of the mother and therefore only one csd gene. This alone cannot switch on the development to the female, and the egg then becomes a male. The csd genes are therefore an important prerequisite for forming complex states such as those of ants, bees and wasps.

With the bee worker a distinction is made between the stick bee and the flying bee. The worker bee lives a maximum of 45 days. One difference is the winter bee, because it lives all winter, i.e. several months.

The worker bee has to cope with a variety of tasks and therefore there is a strict division of labor in the bee colony.

A bee stays hive for exactly 22 days. From the first to the 22nd day, the tasks of a hive bee are precisely regulated:

Shortly after birth, the hive bee has to clean the cells and warm the brood for the first 2 days.

12th - 17th day: Now the hive bees retrain and dedicate themselves to the production of wax, the construction of honeycombs and thus to moving, processing and preserving the food. They also wall up joints and cracks with propolis. Bees have always used propolis to protect themselves from viruses, germs, bacteria and fungi that are not supposed to penetrate the sensitive structure of the beehive. They embalm their dead with the disinfecting propolis and get them out of the beehive safely.

Day 18-21: entrance guard. Now the worker bee becomes a warrior: She guards the entrance hole and, if an enemy enters, even sacrifices her own life if necessary. She is particularly attracted to dark clothing - she then suspects a bear and attacks. Because of this, beekeepers wear light colored clothing.

From the 22nd day: Done - the hive bee becomes a flying bee. The bee already belongs to the elderly. But only now does she leave the beehive for the first time to collect nectar, honeydew and pollen. She is initially accompanied by an experienced colleague. 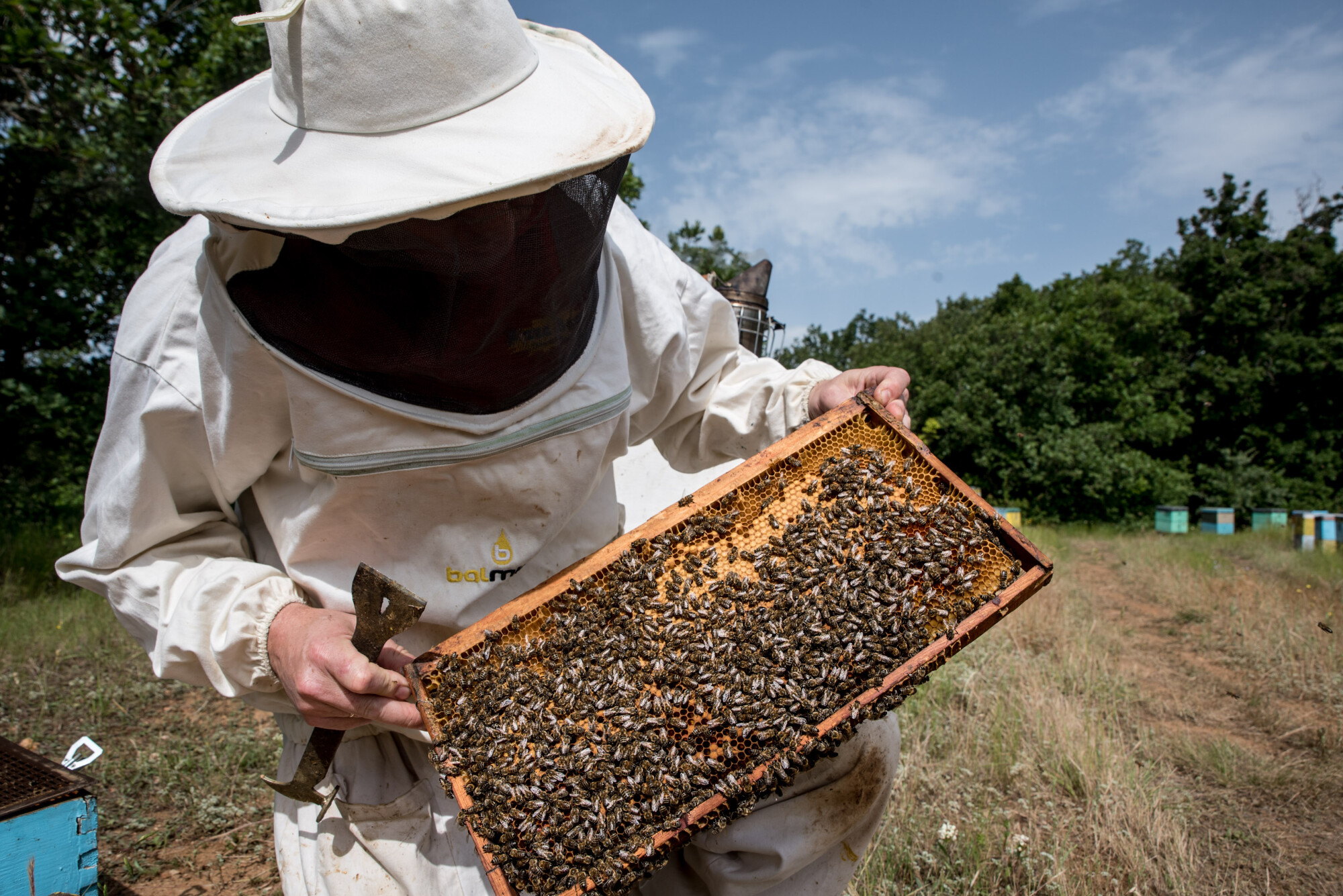 The flying bees are really tireless workers. The workers of a bee colony collect around 3 kg of nectar and 0.5 - 0.8 kg of pollen per day when they are properly dressed, which they collect within a radius of around 3 kilometers. Experienced foraging bees prove themselves as scouts for their sisters and always seek out new sources of food. But how do they actually convey this information to other bees?

The language of bees:

Bees have an extraordinary as well as perfect transmission of messages, which is one of the highest and most abstract language achievements in the entire animal kingdom. You may find it hard to believe, but bees communicate by: dancing. Through this dance language, bees communicate information about the direction, distance and productivity of new food sources. The topographical data are packed into a small dance figure. In this way, the foraging bees or the scouting bees can inform all other bees exactly about the location of the new food source. But not only that - depending on where the food source is, there are different dances:

If the new feed is not far away near the stick, it does the round dance.

Only from a distance of approx. 80 - 100 m does she dance the waggle dance. The sun serves as a reference point for indicating the direction. If the feeding place is in the direction of the sun, the bee wags upwards on the vertical honeycomb, if it is opposite to the sun, the waggle path goes down. The angle between the flight path and the respective position of the sun is also transmitted true to the angle.

Isn't that wonderful? Imagine something similar with people ... 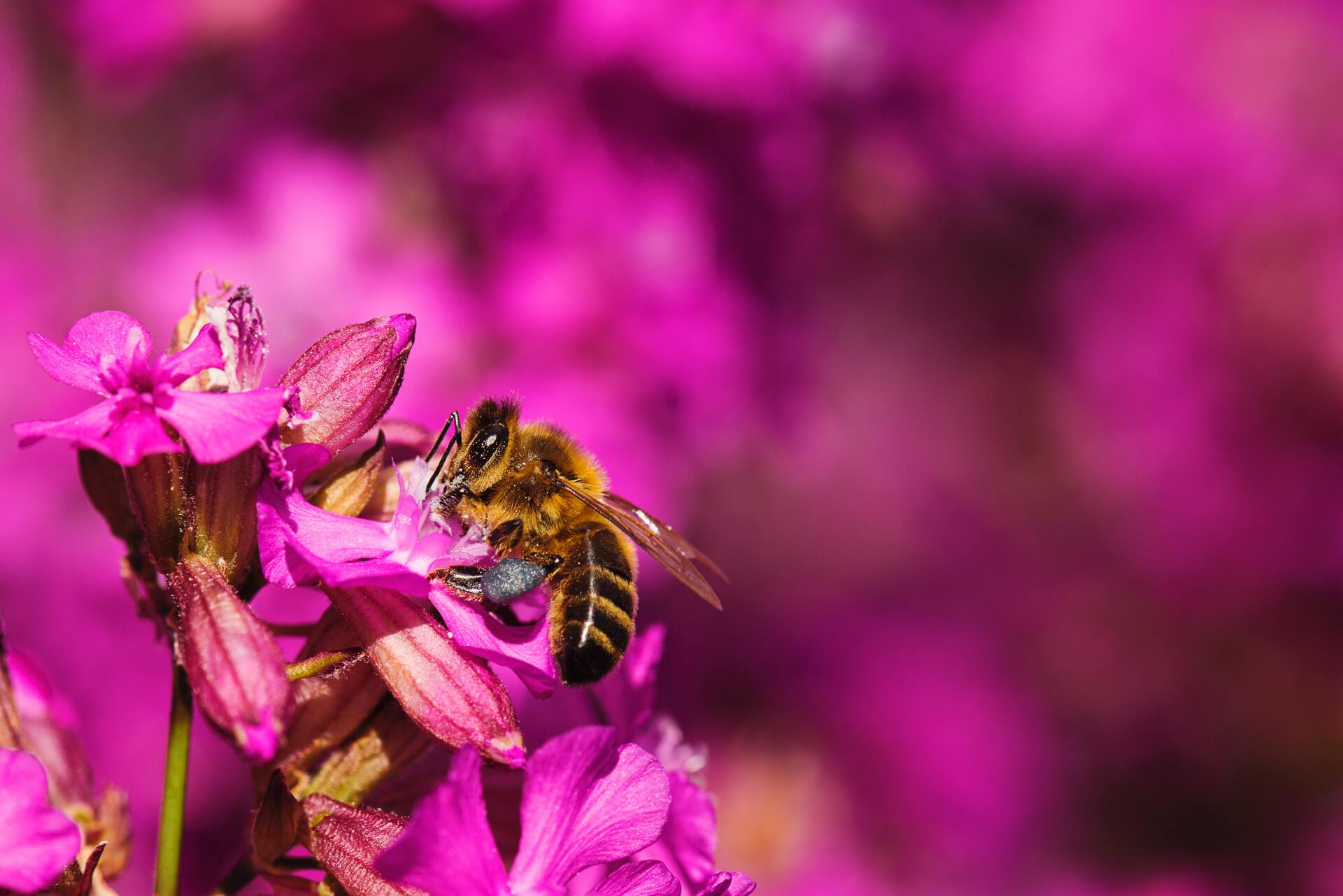 In beehives, however, a distinction is not only made between worker and queen. Whole professional groups have developed for special tasks. Because in the beehive, which is also a breeding ground and therefore has to be constant at 35 degrees Celsius during the ten-day pupal phase, there are "heater bees". They flap their wings and thus generate the necessary warmth.

That is pretty exhausting: After 30 minutes, the stoker bees are completely exhausted and urgently need honey. This is where "gas station bees" come into play. They distribute honey to the stoker bees by mouth to mouth. The gas station attendant bee can take care of up to 30 heater bees in 20 minutes and with six cycles. In between, she returns to the honey store to refuel.

A bee colony is a wonderful, sensitive and precisely coordinated system. This is the only way that bees have been able to serve nature for millions of years and produce wonderful bee products such as honey, propolis and much more for us. Let's protect them!

You will find many excellent honeys, propolis products, royal jelly and pollen of the highest quality in our shop.